Good morning everyone, I am so glad to see all of you here on such a special day. My Torah portion, or parsha, Acharei Mot is in the book of Leviticus. Today I’ll be reading from chapter 16 which outlines God’s rules and procedures that are to be followed on the Day of Atonement – also known as Yom Kippur. The Day of Atonement is a day for Aharon to atone for himself and his entire family. It details the process that Aharon had to go through on the Day of Atonement. After entering the Meeting Tent, he must take off his linen clothes and wash his entire body with the water from a holy place. He then must put his clothes back on and offer the burnt offering for himself and for his people. From there, the skins and other parts of the sacrificed animals were burned in a fire outside the camp. The Jews here will recognize this ritual from Beth Shir Shalom’s annual animal sacrifice at SanMoHi.

Though Yom Kippur is very different in practice today, one of the main ideas in ancient practice that I find relevant today is the Scapegoat ritual. This is where a goat is sacrificed to Azazel. Azazel has never been exactly pinpointed. Even today rabbis all over the world are somewhat stumped by what Azazel truly is. Most believe that it was a demon or evil spirit to whom, in the ancient rite of Yom Kippur, a scapegoat was sent to. Two male goats were chosen for the ritual, one designated by lots “for the Lord” and sacrificed, while the other is ritually burdened with the sins of the Israelites and sent into the wilderness for Azazel.

The meaning of scapegoat has evolved over the centuries. It has come to mean any group or individual that innocently bears the blame of others. When reading through my Parsha, I was surprised to see the idea of the scapegoat come up. Until reading about it in my Torah portion and studying it in depth, I never fully understood it. This idea of the scapegoat was very important in my Parsha, and it is today.

The goat is just a mere animal that gets dubbed as the bearer of sin which makes the Israelites feel better without ever taking action to change their sinful behavior. This idea of the scapegoat, and using and taking advantage of another’s innocence to shift blame and make oneself feel better is seen throughout history. From the Torah to my daily life at school, scapegoating is common can take many forms and levels of severity. Whether it’s used intentionally or unintentionally, maliciously or innocently, it is still there.

Ironically, the Jewish people have been the victim of scapegoating throughout history. One of the most well-known examples happened in Nazi Germany.

Ever since the rise of the Christian church, Jews have been the target of antisemitism, bigotry, and scapegoating. Antisemitism had been deeply ingrained in Europe for centuries and the Jews were frequently blamed for society’s ills, leading to the suffering and persecution of Jewish communities around the world. At the time of Hitler’s rise to power, Germany was experiencing great economic hardship and inflation, and Hitler used the Jews – and other minorities – as a scapegoat.

He and the rest of the German politicians blamed them for the collapse of German society. This is one of the reasons the Nazis found so many willing adherents to the Nazi cause against the Jews, which led to many Germans and other Europeans turning a blind eye to the events happening in the Holocaust. Because of this scapegoating, millions and millions of Jews suffered and died. As the renowned Scientist Albert Einstein once said, “The world is a dangerous place to live. Not because of the people who do evil, but the ones who do nothing to stop it.”

My dad always tells me that to gain autonomy I must first show responsibility. This is something I have been thinking about regarding my Bar Mitzvah and my Torah portion. As I become an adult in the Jewish Community with newfound responsibilities, I want to be thoughtful and do my best to stay acountable. When I was younger I could get off the hook with a little lie. Saying something about how I brushed my teeth when I hadn’t, or saying I only ate one cookie when 4 or 5 was closer to the truth. But now that I am older I want to hold myself to a higher standard.

I don’t want little lies or scapegoating to be okay anymore. Even though I got away with certain things when I was younger, as I become a Bar Mitzvah I want to hold myself accountable. When I’m wrong I need to acknowledge it and not just blame others. When I make a mistake, I need to own up to my actions and acknowledge when I haven’t put my best foot forward.

Uncle Ben from Spiderman famously said, “With great power comes great responsibility.” As I become a Bar Mitzvah, I realize that we all have great power within us but we don’t always use it responsibly. The world might be a lot better if we did. 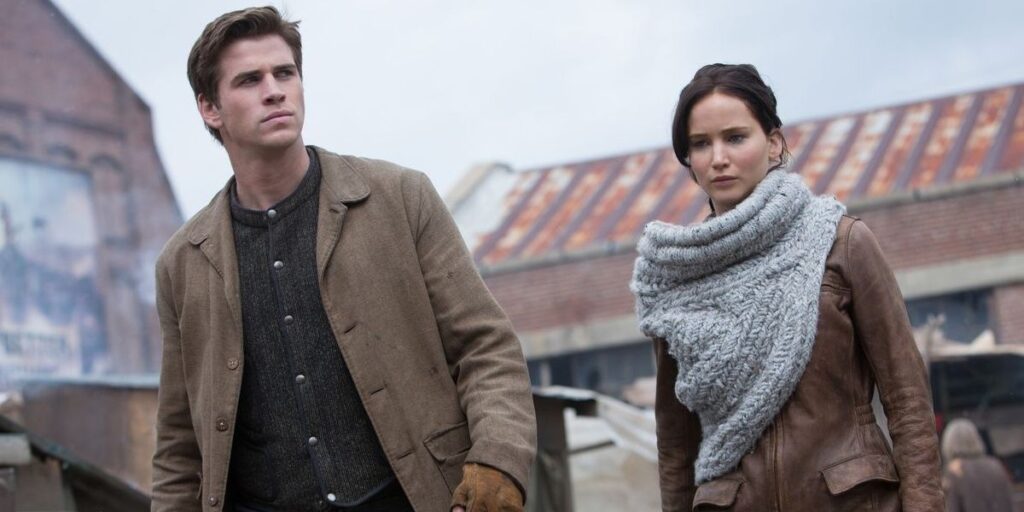 If you’ve ever read the series Hunger Games by Suzanne Collins, you know that the book doesn’t exactly end the way everyone wants it to. Spoiler alert: The last book in the trilogy, Mockingjay, ends with Gale killing the majority of the Capitol children, for the sake of freedom. To sum up the plot for anyone who hasn’t read it, the book is set in a dystopian world where “districts” are the poor and underserved slaves of Panema, and the Capitol is the place where all the rich and wealthy people live. The Capitol’s president, Snow, forces all the districts to compete in an annual Hunger Games. That is where two contestants from each district are forced into an arena to fight to the death. This is supposedly to remind the districts that the Capitol is still in power.

In the last book of the trilogy, the main characters are rebelling and fighting for freedom against the Capitol. When President Snow knows he is in danger, he forms a wall of children to protect himself from the rebels.Gale, one of the main characters, decides on his own to bomb all the children of the Capitol, forcing Snow to give up and end the Hunger Games once and for all. Not only that, but he ends up accidentally killing Prim, the main character’s sister, who was just trying to help the children. But he only considers her collateral damage. This is very similar to my Torah portion when it comes to killing innocent people for the sake of freedom. Both ask the moral question, “When is violence okay?”

My Torah portion is about Passover, specifically the darker parts of the Jewish holiday that eventually led to freedom. As the last of the ten plagues, Moses calls upon Adonai to slaughter all the firstborn in Egypt. For over 430 years, the Israelites were enslaved in Egypt under Pharaoh’s rule. They were beaten and killed. Not only that, but generations of Israelites were born into slavery too. The Israelites asked God for help and God delivered the ten plagues, one at a time. The plagues got increasingly worse, but Pharaoh would not release the Israelites. Finally, God instructed the Angel of Death to slaughter all the firstborn sons in Egypt, sparing the Israelites’ firstborns. This last resort forces Pharaoh to release the Israelites, after his own first born son dies. Here we see a path to freedom that includes violence.

Sometimes violence seems like the only solution, considering Pharaoh wouldn’t listen after the first nine plagues. However, you have to consider that the firstborn children of Egypt had nothing to do with the enslaving of the Israelites and were merely taught that it was a good thing.
The reason they were killed was also why the Capitol children were killed, to make a statement in hopes of freedom or redemption from the real villain. In the Torah, it worked. Pharaoh let the Israelites go and they fled Egypt. But in the Hunger Games, it only causes complications and loses the trust of the other districts. This helps us see both outcomes of using violence for freedom. So I want to ask you, is violence ever morally acceptable?

A well known historical comparison is the difference between Martin Luther King Jr. and Malcolm X. Martin Luther King Jr. was known for his peaceful protesting against white supremacy and racial injustice. You’ve probably been taught a great deal about him in school, you’ve heard his speeches, studied his backstory, and learned how he used to deal with racial injustice through peaceful protest and civil disobedience. Malcolm X is a different, more complicated story.

Malcolm X grew up having experienced racial terrorism against him and his father. He was taught that he had the right to stand up for himself and fight back if people tried to oppress him or his community. Because of his background, he fought fire with fire and was determined to earn freedom no matter the cost. As a result, people today tend to favor MLK’s peaceful approach. We teach about him more in schools, have a nationally celebrated holiday for him, and numerous books are written about him. But, MLK would have had a different approach to Pharaoh in Egypt. It seems Malcolm X’s approach is more akin to God’s in my Torah portion than MLK.

In case you didn’t catch all that or zoned out at some point, I’ll summarize it for you: My Torah portion, a section of our Passover story, includes the killing of innocent Egyptian children for the freedom and redemption of the Israelites. We’ve seen similar stories throughout time, from the Hunger Games to MLK and Malcolm X, and Jewish history in general. Humans often resort to violence to achieve goals, I think because it’s in humans’ nature to think we’re better than those who are different than us. Instead of coming together, people try to conquer and kill in hopes of making themselves more powerful, as we see with the Russian aggression against Ukraine.

However, it’s also in human nature to evolve. We can learn to overcome our inclination towards violence and domination. The world has worked together to make so many scientific advancements, whether it’s vaccines, space exploration, or creating new technology to improve the lives of people all over the world. I believe we have the ability to unite and one day we’ll finally learn to come together and view each other b’tzelem elohim – created in the image of God. If we are able to achieve that, we can solve anything the world throws at us.