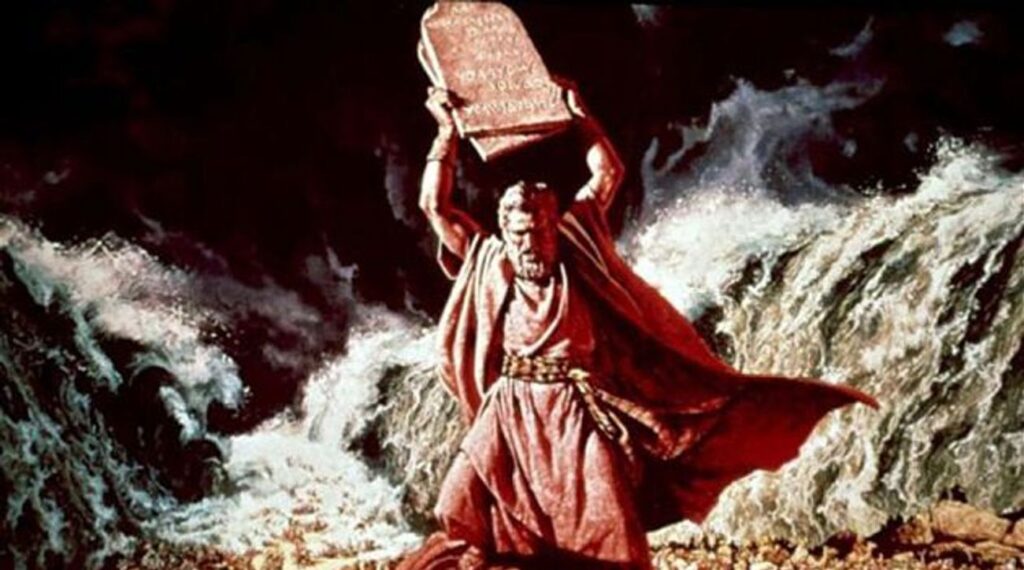 Have you ever heard of the expression “righteous anger”?

Have you ever really thought about it?

Can “anger” actually be “righteous”?

Another way of asking this: is it ever RIGHT to be ANGRY?

My Torah portion recalls the time Moses went up to the top of Mt. Sinai to get the tablets with the 10 commandments. After being gone for what seemed like an eternity to the Israelites, Moses came down and saw that they had built an idol – a golden calf – and they were praying to it. The Torah tells us that Moses gets so angry that flung the two tablets to the ground, smashing them before the Israelites.

This kind of anger is understandable – think about whether something like this has ever happened to you. I’m not talking about whether you’ve ever smashed holy tablets given to you by God…but think about a time that you felt betrayed by someone you trusted and you just wanted to… grrrrrrrrrrr. You probably felt JUSTIFIED in your anger, and that you had a RIGHT – even a responsibility — to punish the person who made you feel that way. Moses felt this way, too.

But when Moses went to tell God what the Israelites had done, God told Moses that HE would be punished. Moses was like, “What?!?!? Me!?!?? But they were the ones that sinned against you. Why am I being punished?”

God punished Moses because he made a bad situation even worse, because it led him to break something holy: the tablets and the commandments, represent the things that are holiest to the Jewish people.

So Moses dropped and broke the most holy thing the Jews had ever been given. In your life, what is the thing that is most important to you? Who are the people that you care most about? Those relationships are as holy to you as the commandments are to the Jewish people. And when we get angry at someone we care about, we also have the potential to hurt that relationship… or even break it.

When we’re angry, we have a choice. It may not feel like we do, because our anger can feel overwhelming, as it did to Moses. But if Moses had just taken a deep breath up there, he might have realized that getting angry was not the only possible reaction. As hard as it might have been to overcome that very natural and powerful feeling of anger, what could he have done instead to make the situation better? What could we do going forward in our lives?

Picture you walk into your house to find your kid had been on YouTube all afternoon instead of doing his homework. Instead of yelling at your kid, you could calmly sit them down and explain to them that they could make a better and more mature choice

Or, imagine the next time you have a school project and someone steals your idea. Instead of harshly blaming them and yelling, even though your anger feels justified, you can quietly speak to them off to the side of your group

So next time you feel angry, think about Moses and his tablets, and envision that instead of breaking them, you’re putting them down gently – then try using calm words instead of anger and violence to make things better. We create worlds with our words, so what kind of world do you want to create?